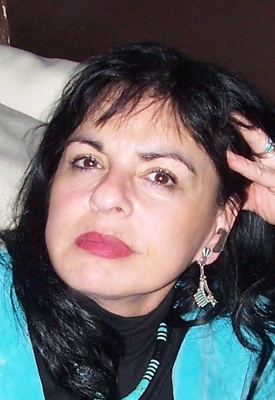 LeAnne Howe is an enrolled citizen of the Choctaw Nation of Oklahoma. She writes fiction, poetry, screenplays, creative non-fiction, plays and scholarship that primarily deal with American Indian and Native American experiences. Her first novel Shell Shaker (Aunt Lute Books, 2001) received an American Book Award in 2002 from the Before Columbus Foundation. The novel was a finalist for the 2003 Oklahoma Book Award, and awarded Wordcraft Circle Writer of the Year, 2002. Equinoxes Rouge, the French translation, was the 2004 finalist for Prix Medici Estranger, one of France's top literary awards. Evidence of Red (Salt Publishing, UK, 2005) won the Oklahoma Book Award for poetry in 2006, and the Wordcraft Circle Award for 2006. Her most recent novel is Miko Kings: An Indian Baseball Story (Aunt Lute Books, 2007). Her latest two books Choctalking On Other Realities (Aunt Lute Books), a memoir, and Seeing Red Pixeled Skins, American Indians and Film (Michigan State University Press), a co-edited anthology of film reviews were both published in 2013. She is the Eidson Distinguished Professor of American Literature in the English Department at the University of Georgia, Athens. She is available for readings and lectures at colleges and universities.