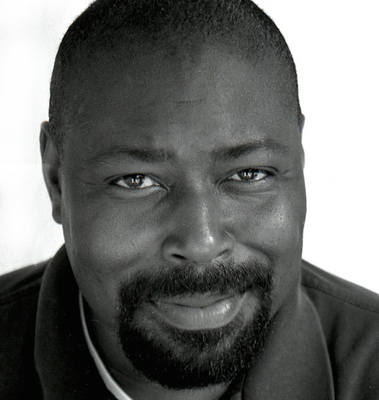 Randall Kenan’s first novel, A Visitation of Spirits, was published by Grove Press in 1989; and a collection of stories, Let the Dead Bury Their Dead, was published in 1992 by Harcourt, Brace. That collection was nominated for the Los Angeles Times Book Award for Fiction, was a finalist for the National Book Critics Circle Award, and was among The New York TimesNotable Books of 1992. He is also the author of a young adult biography of James Baldwin (1993), and wrote the text for Norman Mauskoff’s book of photographs, A Time Not Here: The Mississippi Delta (1997). Walking on Water: Black American Lives at the Turn of the Twenty-First Century was published by Alfred A. Knopf in 1999, and was nominated for the Southern Book Award. The Fire this Time, a work of nonfiction, was published in July 2007. From 1985 to 1989 he worked on the editorial staff of Alfred A. Knopf, Inc., publishers. In 1989 he began teaching writing at Sarah Lawrence College and Columbia University. He was the first William Blackburn Visiting Professor of Creative Writing at Duke University in the fall of 1994, and the Edourd Morot-Sir Visiting Professor of Creating Writing at UNC-Chapel Hill in 1995. He was the John and Renee Grisham Writer-in-Residence at the University of Mississippi, Oxford (1997-98), Visiting Professor of Creative Writing at the University of Memphis, and held the Lehman Brady Professorship at the Center for Documentary Studies at Duke University. He has also taught urban literature at Vassar College. He is the recipient of a Guggenheim Fellowship, a Whiting Writers Award, the Sherwood Anderson Award, the John Dos Passos Award, and was the 1997 Rome Prize winner from the American Academy of Arts and Letters. He was awarded the North Carolina Award for Literature in 2005. (Photo credit: Miriam Berkley)