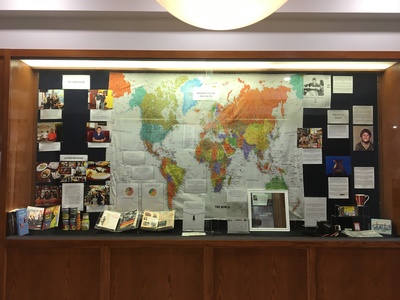 "One of the most notable migratory patterns in recent decades is Latino migration, settlement, and community formation in non-traditional destinations in the US South. In the 1990s, there was a Latino population boom driven by immigration and high fertility rates, and the dispersion of the population became evident in urban, suburban, and rural communities throughout the South. These settlements are much smaller than the communities that formed in traditional gateway cities; however, the rate of population growth and community formation is what sets these places apart. Hence, it is speed, not size, that is defining Latino population growth in southern states."

This is an analog version of The Digital Ethnography Project's digital exhibit The Latino South/El Sur Latino.